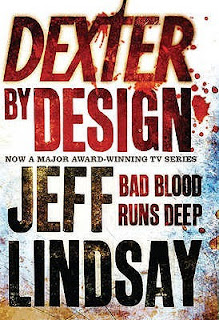 Dexter by Design by Jeff Lindsay

This one was definitely better than the last one. Dexter is back to his emotionless and funny, killer self. Newly married, Dexter is trying to enjoy his honeymoon in Paris. But when you lack emotion, that isn't the easiest thing.

Back in Miami, Dexter is out to hunt down a serial killer. He wants a new victim for his viginate killing spree. This killer is a little sick and twisted for his choice of displaying the bodies.

This book highlights more of Dexter with his two step kids, Astor and Cody. After being being often by their drug addict father, the kids have turned out a lot like Dexter. And for this reason, he has begun to mold them they way his adoptive father molded him, all without their mother's knowledge.


The plot was a bit weak on this one and didn't really flow as well. But I still enjoyed it.
Posted by Unknown at 5:00 PM