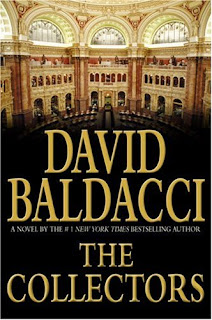 The Collectors by David Baldacci


I need to be honest on this one:  the poor rating is based on the audiobook readers and not so much the novel.

The Collectors is the second in the Camel Club series. Once again we follow the rag tag team of misfits as they look into government conspiracies. I must state again that I love Oliver Stone's character. He lives (mostly) in a tent in the park across from the White House with a sign demanding the truth. He's not your typical hero and I love that.

This novel had two stories going that eventually collided. The book introduced a new character, Annabelle Conroy. Annabelle is a con-artist with mad skills who decides to rob a casino. She eventually ends up helping the Camel Club. The book ends with Annabelle in serious danger and find out what happens, Baldacci makes you have to read his next book.  Genius yet frustrating.

My main issues with this book revolve mostly around the audiobook readers.  Yep, that's right, I said readers. Instead of having just one, there were three. There was the main guy who did all the narrative and then a woman and a man to do all of the dialogue. That fact alone was incredibly distracting. Add in the fact that the dialogue readers used the same voices for all the characters and the narrator sounded like a used car salesman trying to get me to buy the car I don't want, and it all adds up to a miserable listening experience. I seriously almost gave up. I want to read the next one, but if they have the same readers, I'll be reading the book and not listening.
Posted by Unknown at 5:00 PM