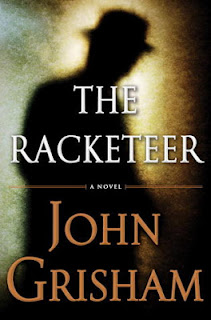 The Racketeer by John Grisham

As always, John Grisham did not disappoint. The Racketeer is about a lawyer who ends up in prison after accidentally and innocently getting involved with the wrong person. While in jail, he helps several fellow inmates with legal matter. When a judge is murdered, he knows who the killer is and tells the FBI in exchange for his freedom and witness protection. But that's where the story starts to take a turn.

My favorite part of this book was the authors note at the end, where John Grisham states that there are several paragraphs of false information to make up for his lack of research. I think that is hilarious!

I only gave this one three stars because the tale was slight predictable about a fourth of the way into the book. While not his best work, I do have high standards for Grisham.