The Prisoner of Heaven: 4 Stars 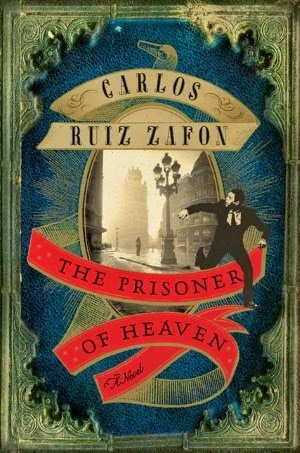 The Prisoner of Heaven by Carlos Ruiz Zafon

I could have sworn I had written this review months ago but I can't seem to find it. So better late than never!

The Prisoner of Heaven is the final book in the Cemetery of Forgotten Books trilogy. The first book, The Shadow of the Wind, immediately became one of my all time favorite books. The story is captivating.  The characters are brilliantly written. And the author shows a mastery for the written language, especially considering that I read a translated version. I was so in love with this book.  Then I read the second book, The Angels Game, and I was terribly disappointed. It wasn't a horrible book, but when compared to the first, it just couldn't stand up. So I was very very reluctant to even attempt the final book. But I finally bit the bullet and read it.

Taking place after The Shadow of the Wind, The Prisoner of Heaven opens us to a world where Daniel and Bea are happily married with their young son Julian. Fermin is preparing for his own wedding when the past comes back to haunt him. No stranger to the mysteries that surround Fermin, Daniel immediately begins to help his friend in a dangerous game that opens us up to Fermin's past.

After The Angels Game, which was confusing and a little too supernatural, The Prisoner of Heaven was a breathe of fresh air. It helped explain all that took place in the second book (which is chronologically first in the series). The book also dove head first into my favorite character, Fermin. He was mysterious and illusive in the first book, and it was fun to see where he came from and what happened to him to make him so quirky. I really enjoyed being able to embrace the characters I loved so much once again.

The book was not nearly as strong as The Shadow of the Wind, which is by far the best book in the trilogy. But it did bring me make to my love of Zafon and his mastery of the written language.

Recommended for those who enjoy: bookstores, mysteries, and suspense.