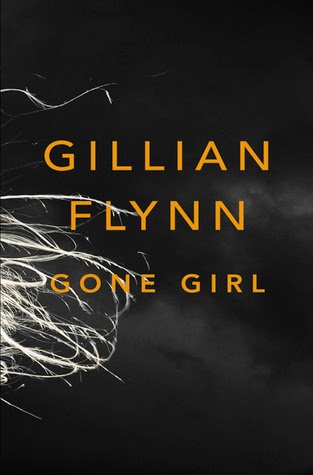 
Wow.....just wow. That's honestly how I wanted to leave this review. I literally just wasn't sure what else to say.

The story takes place from two perspectives: Nick and Amy Dunn. Nick and Amy's marriage is less than happy and life just isn't going as planned. Both lose their jobs and Amy's trust fund money is soon gone.  They are struggling to get by.  Then, on their fifth wedding anniversary, Amy disappears. All possible explanations point to Nick. And Nick is doing nothing to make you believe otherwise.

This book is dark, twisted and evil.  I liked it because it was well-written and executed. I haven't read this well-written of a book in a long, long time. I give Flynn heaps of kudos for a job well done.

But there are a number of reasons I rated this a four and not a five.
Given that list, maybe I should have given this a three instead of a four, but I was thoroughly impressed with the author's eloquence. Its was masterfully written and I give her mad props.

Rating: R (loads of language)
Posted by Unknown at 6:00 AM