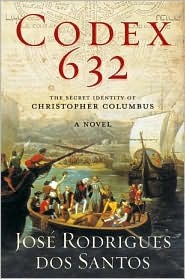 Ok, truth is I chose this book because my dog's name is Codex. But I did think the story sounded interesting. This is a story, similar to the Di Vinci Code in that it takes fact and adds some controversy. This one was based around the story of Christopher Columbus. Who was he really?

Unfortunately, the story did not come across as interesting. It's possible the translation from Portuguese to English lost something. It's possible the reader was too monotone (which he was) and his voice took something away from the story. But I didn't like the main character (cheating on his wife like it means nothing) and his seemingly lack of interest in his Downs Syndrome daughter. Either way, I was really unimpressed.