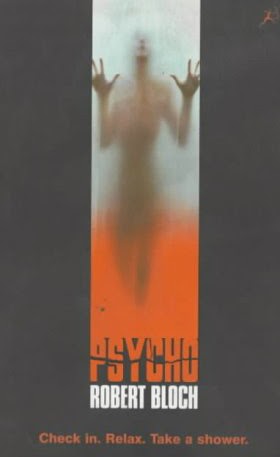 I read this book because I grew up on the movie and finally figured I should check out the book.

In case you have neither seen the movie or read the book, here's a brief synopsis:

Mary Crane is a hard working girl who dreams of a better life.  Her boyfriend, who she met on a cruise and lives far away, wants to marry her but inherited his dad's business and enormous debt.  He won't marry her until he can get the debt paid off so she doesn't have to live a life of poverty.

Then one day, Mary's boss hands her $40,000 and asks her to take it to the bank, but Mary has other plans. She takes the money and runs. She starts to head to Sam (her boyfriend) with the money. She figures she'll tell him it was an inheritance and that she wants him to pay off her debt with it so they can finally get married. With the name change and city change, tracking her down for the theft would be difficult (for that time). After changing cars twice, the weather gets bad and it gets late.  Not wanting to seem like a girl on the run to Sam, Mary decided to stay the night in a hotel.

The Bates Motel is in the middle of nowhere. Most people find it only because they end up heading the wrong direction (like Mary) since its off the old highway and not the new one. It is run my Norman Bates and his very ill mother. Mary arrives and has dinner with Norman since the closest restaurant is so far away. During the course of the dinner, Mary learns that Norman has lead a very very sheltered life and has been controlled by a domineering mother. While she feels bad for him, she grows uncomfortable and retires to her room for the evening.

While getting ready to shower, Norman watches her through a peephole. Finally disgusted with himself and her, Norman heads back home.

Then Norman's mother comes and kills Mary in the shower. Being the good son he is, Norman cleans up and hides the body.  But it isn't too long before people come looking for Mary.

The book and movie are spot on with each other (except that Norman is fat in the book). Hitchcock is an excellent job of sticking with the plot of the book. I really enjoyed both the movie and the book. The book was well written and would have been a much more enjoyable read if I didn't know the ending.  But it was good nonetheless.