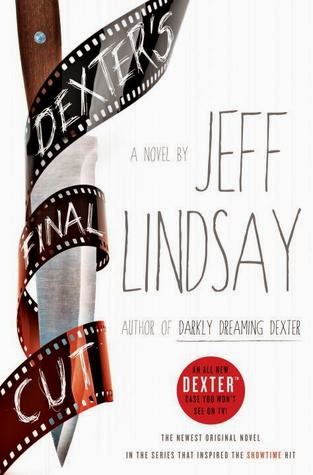 
Dexter meets a movie star and turns his whole world upside down when he finds himself attracted to her. But with an obsessed killer out to get her, will Dexter be able to catch the villain and win her over at the same time?  And is he willing to throw aside his marriage to Rita and family for a life of luxury?

I struggled with this side of Dexter.  Yes, he's a serial killer who hunts people, tortures them, kills them, and then hacks their bodies into little pieces.  But does he have to cheat on his wife? I can't stand it when people cheat on their significant others and then pass it off as if its no big deal.  I realize that Dexter has little to no emotion, but that was confused in this book.  He "loves" this woman?  But I thought that wasn't possible?  And then, wait, he feels jealousy??? I just felt like this isn't the Dexter we typically know.  Maybe this is because the fame and fortune went straight to his head, but I just didn't like him very much in this book.

And another question:  Is Dexter's Final Cut the final Dexter book???? It is has "final" in the title and it is not alliterated like the first six. Inquiring minds want to know.