While I listen to books on tape while I work everyday, I like to actually be reading a physical book as well. This is usually at night or on the weekends.  However, I have had a major distraction this last couple weeks. 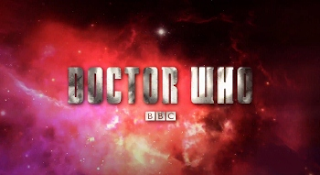 I started Doctor Who a few years ago (I am talking about the new series, not the older doctors). My husband was a huge fan of Tom Baker and thought he could get me into because of my love for Christopher Eccelston. Well he was right.  The problem is, the Doctor changes. I struggled with the change to Tennant but eventually adjusted.  But then came Matt Smith. Ugh!  I knew Matt Smith before he was the Doctor and was appalled at how terrible of an actor he was, not to mention I think he's funny looking. So I kept putting off starting the Matt Smith years. When they announced the new Doctor, I decided I wanted to see that guy.  So this meant I needed to watch all of Matt Smith. I told my husband there was only one way I could do it and that was to power through as quickly as I possibly could. So I watched three seasons in roughly three weeks.

Here is my analysis of Doctor Who, the current years: SPOILERS! 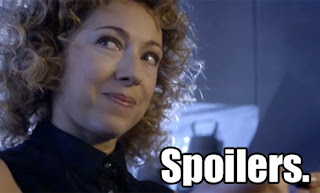 Rose Tyler: I really liked Rose when we first met her. She dumped her boyfriend and left her hum drum life to go on an adventure.  Oh, what's that you say?  She DIDN'T actually dump her boyfriend?  She's just leading him on an toying with him while she falls for the Doctor?  And then she started getting really really whiny. Ugh. Then when the Doctor has to leave her in the parallel universe and we find out what she's done with her life...she's back at the shop.  Come on Rose!  Even Mickey, the idiot, did something with himself. Then there is the episode where the Earth is moved by the Daleks and everyone is getting together to save the Doctor.  Rose sees Martha first and keeps whining "Who is she?  I was his companion first!"  Wow.....grow up honey.

Needless to say, I am not a fan of the "wonderful" Rose Tyler.  I don't get it. 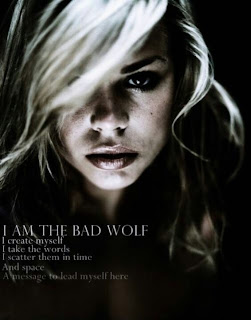 Mickey, the idiot: Mickey really was an idiot in the beginning.  But then he met Rickey and the boy really manned up. He made something of himself. He saved the world on several occasions!  Go Mickey! 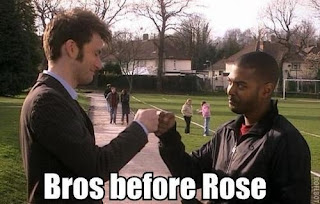 Captain Jack:  Yummy!  I love me some Captain Jack.  Do I really need to go into it? 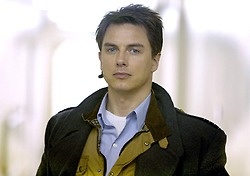 Martha: Martha was already pretty active on her own, before the Doctor. But she went with him to go through time and space and well, she was hopelessly in love with him.  But he was like a bad boyfriend, who missed his ex-girlfriend so he was a jerk to his new one. I really wanted him to be nicer to her.  I was so glad when she told him that she couldn't do it anymore and needed to leave and move on with her life.  She too made something of herself.  Also, the whole walking the world for a year, avoiding capture to spread the message of the Doctor...what a bad ass! Plus when she first saw Rose, she immediately said "You found her!" in happiness and excitement (not quite Rose's reaction to seeing her). 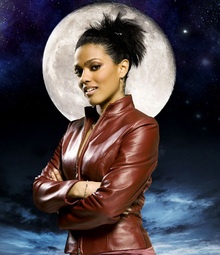 Donna:  Ah, Donna Noble, how I love thee. She is my favorite by a long shot.  So full of sass and spunk.  I miss her.

River: Seriously, I could take with traveling with River for awhile.  She does what she wants.  But her love for the Doctor is undeniable. 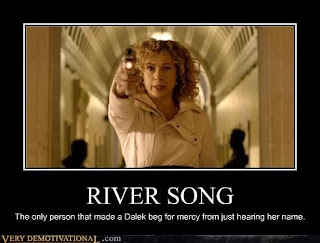 Amy: I can't lie, I have a love and hate relationship with Amy. She's so sassy and spunky and really holds her own.  Plus her life is a giant moving storm and she handles that pretty well.  But could you be a little nicer to Rory? 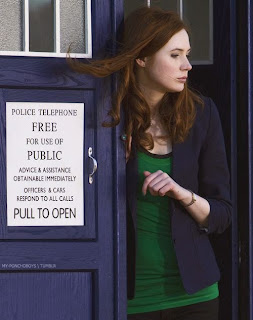 Rory:  Oh Rory, I want to marry you! Seriously, I am love with Rory (Shhh....don't tell my husband). He proves time and time again that he'd do anything for Amy. ANYTHING.  I miss Rory. 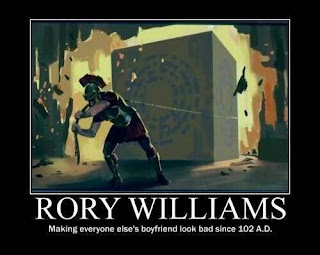 Clara: Smart, sassy, cute, and so much fun.  I really have grown to like her a lot. 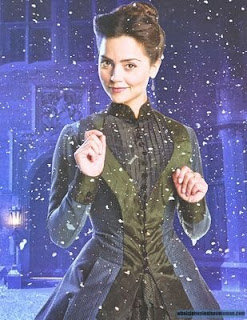 Christopher Eccelston: I adore the man. Long before he was the Doctor, I adored him.  So he won me over immediately and I am sad he was only there for a year.  And I would LOVE to see him as the Doctor with Donna as him companion! 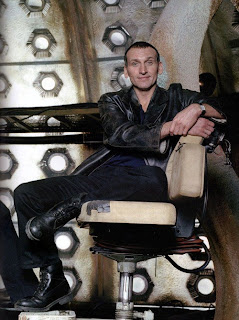 David Tennant: I also knew him before Doctor Who, but he was a bad guy.  So it took me awhile to like him.  Plus he was with Rose at first (and I hated her by then) and then he was so mean to Martha.  Donna helped me grow to like him. 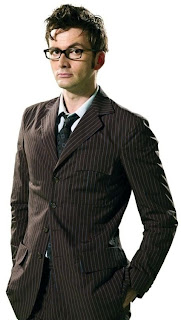 Matt Smith:  Ugh....he never grew on me.  Luckily I loved his companions! When you first see the episode where he dies and everyone knows it but him, instead of thinking "No! That can't be!  How will they save him!?"  I thought "Well, River knows how to fly the TARDIS." 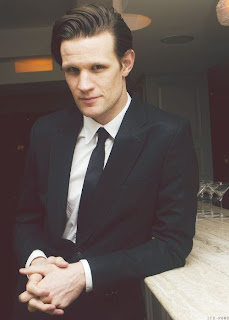 I know, I know....people love Matt Smith and Rose Tyler.  Sorry. I know I am in the minority on this one.

I would say the distractions are done but I am an entire season behind Supernatural.  But I have two books I need to get through before I am allowed to start that!

(I swear you guys will think I have no life now!)