The Light Between Oceans: 3 Stars 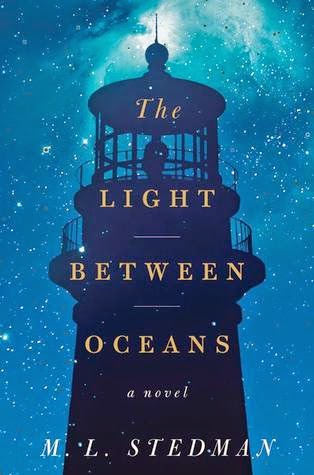 The Light Between Oceans by M. L. Stedman

Tom and Isabel live a quiet, isolated life on an island in a lighthouse. While they are typically very happy, Isabel has been unable to carry a child to full term, losing three babies during pregnancy. Two weeks after her third miscarriage, a miracle happens. A boat washes ashore with a dead man and a crying infant. Isabel is convinced that this is God giving her a child. Tom isn't so sure, but can't bear to watch his wife lose another child. But the "miracle" isn't all Isabel thought it would be.

Heading to shore two years later, Tom hears of a woman who's husband and child disappeared two years earlier. Still heartbroken, the woman is constantly looking for her missing daughter. Tom knows that his daughter is really her daughter, but what can he do?  To confess the truth would be to lose his own daughter and break his wife's heart.

From the start, you knew there was no way this was going to end happily for anyone involved. It was a tragic story and you knew it was going to end in a heap of heartache and tears. The author did a great job of showing the pain that each character was feeling from Tom's guilt, Isabel's longing, and the birth mother's heartache.

While I thought the story was well told and ended the only way it could have, I felt the author was often long-winded and gave far more details than were necessary. We learn so much about things that just don't relate to the story or add to it. There were more than a few parts that I felt could have been left out or reduced in text. They were just boring and delayed the story, which took away from the emotional journey.

Recommended for those who enjoy: family drama, moral dilemmas, thought-provoking books.
Posted by Unknown at 6:00 AM