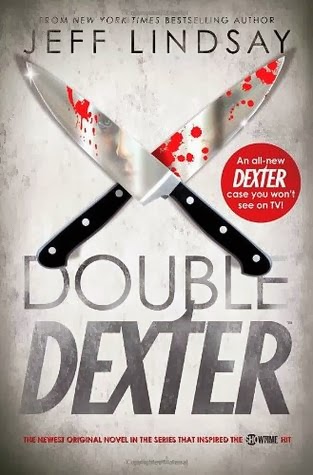 Dexter Morgan has found himself a pedophile clown to kill.  He takes him to an abandoned house and begins his process when the unspeakable happens.  Dexter is seen by someone. But who?  And can they possible know who he is?  Could they really tell what he was doing?  The answer to all of this is yes. But the person who saw him doesn't plan to go the police.  No, this person want to start killing as well, and wants one of his victims to be Dexter.

Dexter leads an interesting life filled with lots of distractions.  He is married and has a young daughter.  He has two step-kids who wants to become serial killers too (even though their mother knows none of this). The tongue-less, foot-less Doakes knows Dexter isn't normal and is always trying to discover his secret.  His adoptive sister is a cop who also knows his secret.  His blood brother is also a serial killer but without the ethical code that Dexter has.  It makes for an interesting tale.

This is definitely one of the better ones in the series. It is also read by the author who does a MUCH better job then the previous reader.  I really enjoyed this one and found myself once again cheering for the serial killer Dexter Morgan.